Originally from Saigon Vietnam, the Hua family was involved in making industrial equipment to process tea, tobacco and rice. Thang Hua took the risky decision to flee Vietnam with his pregnant wife and 2 year old son on an overcrowded fishing boat. During the trip, they were robbed by pirates and his wife gave birth on the boat the night before arriving in a Malaysian refugee camp. The Hua family migrated to Australia as refugees, spending some time in the Wacol detention centre before settling in Brisbane’s West End.

Thang supported his young family by sweeping floors at Warman International, a large mining manufacturer. With little English, Thang was able to prove himself and demonstrate his machining skills that he learnt back in Vietnam. He took every opportunity to learn new skills and progressed quickly. He mastered many machines and processes and was known for his speed and quality. He eventually gained his trade certificate as a qualified fitter and turner and earned respect amongst his new Aussie work mates.

When Thang was made redundant in the downturn of the late 1980’s, he invested in a small Lathe and a basic drill press which would allow him to do contract work for his former employer.

This simple 6 inch metal lathe from Taiwan was set up under the family’s West End home. This was the founding machine that would create TNN Engineering.

Both Tin and brother, Le recall cleaning and oiling the machine as part of their daily chores and this same machine is still in operation today. The whole family helped where they could, and the sons started learning the trade from an early age.

The business became a full-time job in 1990 and was trading under the name of TNN Light Engineering.  T from Thang and N N from Nu Nguyen.

The garage under the suburban house in West End could no longer hold the growing number and size of machines.  The family and business were relocated to a rural property in Richlands.  A slightly larger garage was temporarily used while a 200 sqm purpose-built shed was erected.  The business was changed to a company structure – TNN Engineering Pty Ltd

The larger shed allowed them to purchase their first CNC machines – a Hurco CNC mill and a Hyundai CNC lathe. At the time each machine cost about the same as the average house. This was a significant investment in technology and capability for TNN. It was also a steep learning curve to become proficient at programming and operating these precision machines. One of the first marketing campaigns to help justify the CNC investment, were photo business cards and later the creation of the first TNN Engineering Logo.

As TNN grew so did their operations. By 2004, TNN added two more CNC machines to the fleet. A larger three axis CNC lathe and a larger four axis CNC milling machine. This required an extension to the original shed. Due to significant growth and new opportunities, Tin returned to the business in a management role. Prior to this, he had gained his degree in Mechanical Engineering and had been designing and testing vehicle accessories. Thang Hua was now starting to hand over the day to day operation of the business over to the two sons.

TNN Commissioned a CNC Plasma cutting machine and another Hurco CNC milling machine. The business now offered steel fabrication and welding of small to medium sized component. TNN supplied products and services to the civil construction and concrete precast industries. Another opportunity saw the purchase and commissioning of specially designed roll forming machines to produce gutters and film clips for the construction of protected cropping greenhouses.

Thang Hua was now semi-retired and the TNN team had grown to 12. The business was moved to a new entity – TNN Engineering Australia P/L. An ERP system , M1, is deployed to manage the entire production process from quoting to invoicing, providing improvements in quality and resource efficiency.

TNN invested heavily in a new 5 axis, dual spindle CNC multi-tasking lathe, bringing the total number of CNC machines in the fleet to 9.

TNN had outgrown their premises at Richlands and re-locates to a 4000 sqm facility in Carole Park.

Investment in new CAD software and 3D scanning. The team continues to grow with a focus on training and developing the next generation of skilled tradespeople. 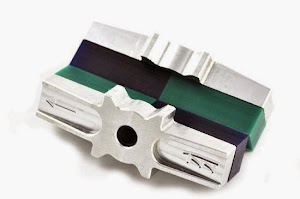 Alan Kepper
07:52 12 Apr 19
Tin and his team provided a high quality product for our requirements in a very short time. Very impressed.

Carla Schesser
04:18 28 Jun 19
We partnered with TNN Engineering to help bring their new website vision to life. Every step of the way, Tin's first priority has been to provide the best possible user experience and ultimately service to his clients. Tin is not only a great person to work with but an outstanding operator who is passionate about his business and clients.

levelup levelup
20:55 30 Jun 19
It has been a pleasure dealing with TNN. They offer outstanding customer service, a vast knowledge of manufacturing solutions and deliver high quality finished components (see photos).

Leal Minnis
02:00 01 Jul 19
I have used TNN Engineering over a period of 5+ years, and always found them to deliver high quality products, on time and on budget. I have always found Tin and the sales team to be responsive to my needs, answer questions where necessary and follow up with me when further clarity on a drawing or specification is required.TNN Engineering is my go to when I need machining or fabrication for a competitive cost, whilst still meeting my high standards of quality and repeat-ability.

Cheps Welding
10:56 01 Jul 19
We have utilised TNN for the past 18 months, on various jobs now. Communication is excellent and their turn around time is always on time or early.

Adam Baker
04:04 19 Sep 19
I have been dealing with TNN for the last 4 years and have always found their service to be excellent and produce a high quality product. Many times they have been able to come up with a solution to difficult projects. Thanks for all your assistance

Jeremy Caesar
08:18 07 Oct 20
From the initial meeting to discuss my job, to the end when picking up the completed task, the staff at TNN where always friendly, and willing to discuss options and solutions to my engineering problems. At all times the team kept up good communications, and kept me informed as to the progress of my job. The job itself, and quality of workmanship is far superior than others in their field. I could not have asked for a more structurally engineered product. Can't recommend the team at TNN enough, thank you !!

Jon Hollenberg
22:41 23 Jul 20
Tin & Le from TNN Engineering are truly masters at what they do. Take one look at the workshop and you know this team has their house in order. Reliable, trustworthy and in it for the long game. If you choose to partner up with them for an engineering or metal fabrication project you won't be sorry.

Simon Duong
10:11 26 Jun 20
I have been fortunate enough to have engaged the team at TNN Engineering for multiple projects over the past few years, ranging from machined aluminium and plastic components, through to complete fabricated assemblies. Each project has been completed to a high standard with outstanding professionalism and workmanship. They completed the work in a reliable, timely manner despite the variations in work required for each project. I'd happily engage TNN Engineering again in the future & would highly recommend TNN to anyone seeking machining and general fabrication for their project needs.

hamish carkeet
00:51 27 Jun 20
Quality of products is detailed and polished. Excellent Customer services. Easy to deal with from start to finish. Would definitely recommend

TNN Engineering Brisbane is a competitive and reliable precision CNC machining and manufacturing service specialising in small run components and assemblies. Contact a team member at our Brisbane machine shop today to arrange a quote, appointment or to just discuss your machining requirements or challenges.

This payback calculator will give you an indication of how many pours it will take to pay off your own set of form work. It will also calculate your percentage return on your investment based each time you pour with your own formwork.

Choose between the minimum hire period of 3 days or upto 14 days. See how delays or longer pours affects the return on your investment.

Total end to end cost of hiring a form including delivery.

Number of pours to pay off form

This compares the cost of hiring to the investment of owning your own formwork. Its it simply the cost of purchasing divided by your typical hire cost. Depending on how you operate, this should be between 3 and 11 pours.

% Return on form per pour

Formwork is an investment that keeps making you money every time you pour. This percentage is the return on your initial investment based on hire cost savings. Compare this to what you might get from a bank.

Looking for a quote?

Sure thing, please fill out this form and we’ll be in touch